Some of the McNeel folks suggested doing the bossing here using a filletedge. I have created some sample curves to try this approach. I have set the name of the curve to the desired radius. At the corner the radius has to be zero.

I have tried all kinds of combinations of filletedge placing handles are various point, minimizing, maximizing the number of handles----but I only get a nightmare fillets. 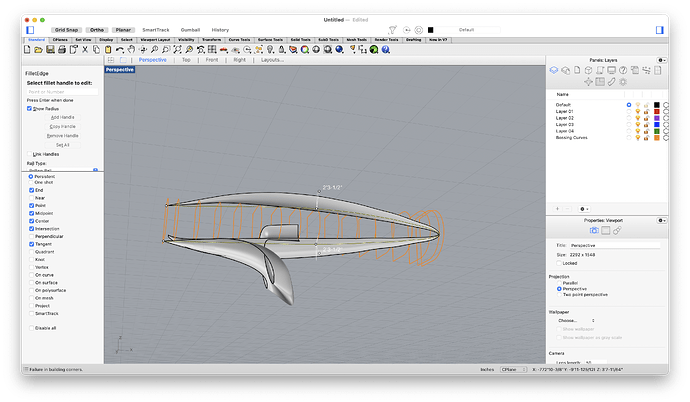 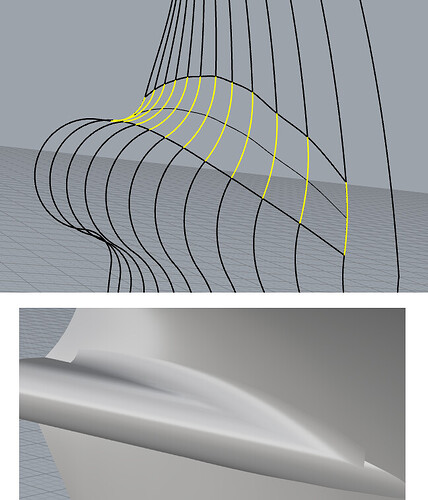 then work on the ends…

Something like this, perhaps - the edges of the fillet surface are wiggly - that is where the required fillets place them, if I did it right, so probably a compromise will be needed - either to the fillet radii or to what is acceptable along that edge. The base surface is pretty wobbly though so a clean fillet surface may be hard to find. 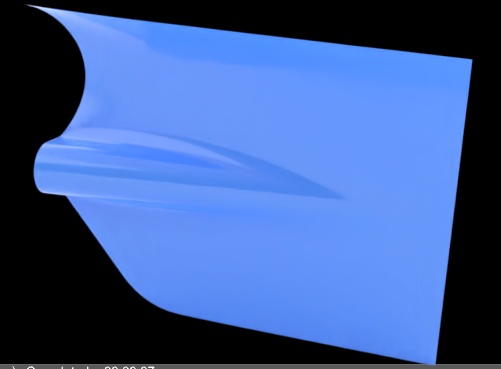 What are you doing to get around the point at the end?

‘hand built’ - not super carefully here - Two blend curves - a loft between, adding some knots and then MatchSrf for tangency along either edge. 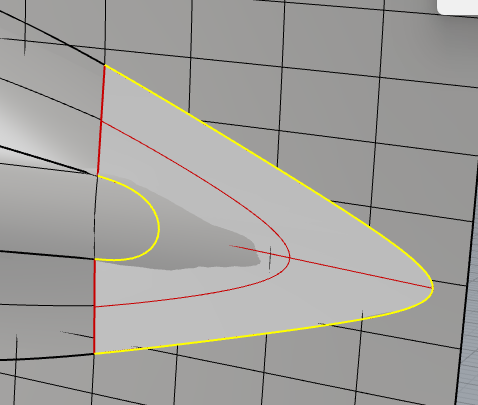 More knots in areas of high curvature, but snapping to the InsertKnot ‘midpoints’ 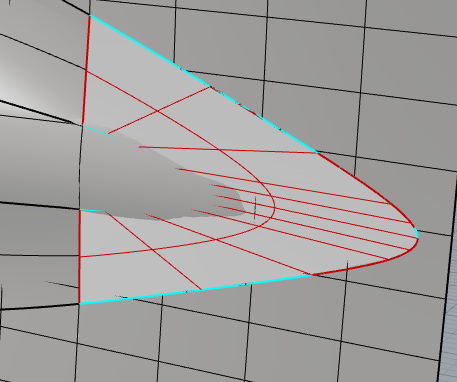 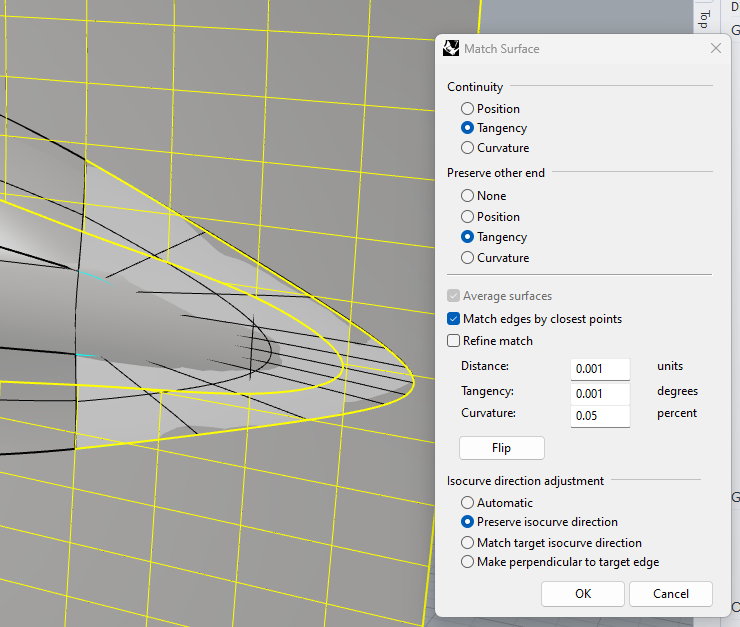 Note the wiggly zebras on the base surface… 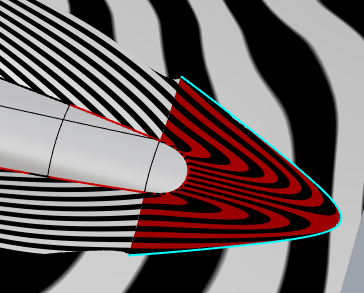 As a temporary measure I cut the tip off. I have to say that the pieces do not go together well. In fact, I have not yet been able to get the pieces together.

Well, I am not sure I finished the job - up to you - I was only showing a way to go about it - it needs some trimming and surface matching and possibly inserting knots to the fillet surfaces…

This kind of thing would be a lot easier if FilletEdge were more reliable.

FilletEdge seems OK here, given the wobbly base surface, but it can’t handle the small triangular face

Merging that might allow it to work all the way around. But, I’d input fewer radii and see if the interpolation comes close enough to the right one - that might make the edge less wobbly and still hit the radii well enough.

With a lot of playing I have gotten this surface that is reasonably correct except for the hole at the aft end.

If I do Sweep2 along the top and bottom as rails and set them to be tangent, then do a join, I instantly get a bad surface.