Drawing a curve over subd item

I would like to use something like “Interpolate curve on surface” but over subd item. When I use _InterpcrvOnSrf command over Subd then I can draw a curve only over one polygon. Can you tell me the way of drawing a curve that lays over subd mesh surface without changing subd item to nurbs? I know there is a sketch command (Sketch on polygon mesh) but I can`t find a way to draw a curve over subd meshes. 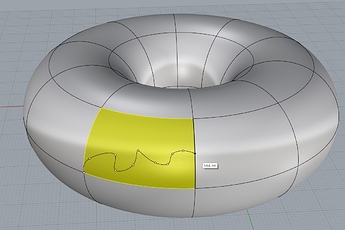 One of the methods at the moment.

Thanks, those details help in understanding. If I’ve got it right, you want to be able to take 2D curves and map them back to the SubD. I’d do this with Squish and SquishBack on a mesh created from the SubD as shown in this video and file I made. Upper-Squish-Pattern.3dm (2.5 MB) There are a few things I’d point out that will help in copying this workflow that I don’t show in the video. First, separate your SubD into parts using ExtractSrf and Join as needed. Crease the SubD verts tha…

Thanks for that method. Very interesting.

Correct me If I`m wrong but life would be easier if that _InterpcrvOnSrf command would allow select few subd faces to draw on instead of only one. More complex shapes are not possible to squish. Especially if you want to draw a curve around the model. I would like to do some kind of curve retopo over subd meshes.

not only do you want it,

Can you tell me the way of drawing a curve that lays over subd mesh surface without changing subd item to nurbs?

Converting the SubD object to a NURBS object won’t help anything. The behavior of the InterpCrvOnSrf is the same for SubD geometry as it is for NURBS geometry - it only works on one surface at a time.
We have a feature request for a “Curve on polysurface” tool - RH-10406.
I’ve added this thread to be notified when the feature is implemented.
-wim

You will then just have to pull the curve to the SubD.

SubD and nurbs compatibility is already surprisingly convenient, as in many blocks seem to be in place. The 3DFace example quoted above I believe is a flaw in 3DFace because it worked in V6.

@Wim / @BrianJames accepting an entire Subd for Pull would be helpful in this kind of case. At the moment, picking all the faces which you want a pulled result on is a limitation I think. I would’ve expected default behavior to be: pick an entire subd as normal, if you want to pull to faces, sub object select them.

Thanks. Your method with Pull command works like a charm

Could you tell me how looks button for that command? I can`t find it. I used it as typed command. 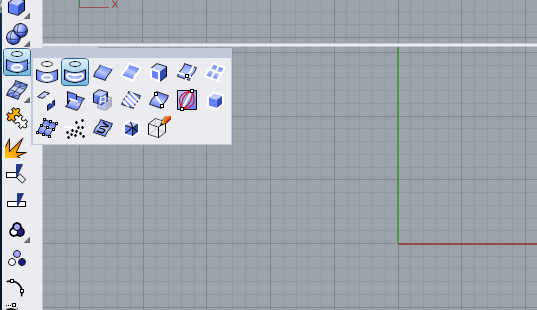