In my model I have two component blocks which consist of a number of closed poly-surfaces.

I use these components to create larger assemblies which I then block, thus creating a nested block.

In Rhino 5 when I entered one of these larger assembly blocks, all other elements in the view-port would be greyed, and only the blocks in the block I’m working in would display their appropriate colour based on the layer they are assigned to.

However, when I open this file in Rhino 6 and enter one of these nested blocks, everything is greyed even the objects within the block I’m working in.

Left: Outside of nested block, display is correct. Right: Within block display incorrect and greyed out.

The only way to see the colour associated with each element within the nested block is to turn on surface edges (I’ve these OFF as visually I don’t really require them:

Left: Within nested block, requires surface edges to be ON, to see element layer colour.

As seen in middle the plane of the element is grey, once you exit the nested block the plane now has the correct colour.

**See this video, which shows the inconsistency: **

As you can see in the video by tuning surface edges ON once within the block and selected a random internal block occasionally the planes will have the correct colour, exiting and reentering the nested block resets the plane colour to the same grey as the elements outside of the block.

I’m only seeing this in Rhino v6 and only in nested blocks (blocks containing other blocks.) EDIT: Also I’ve tested this on two systems, laptop and desktop and on both the display issue remains!

Any assistance in solving this would be greatly appreciated, I’m hopping its a setting that needs alteration but the behaviour looks closer to a bug. 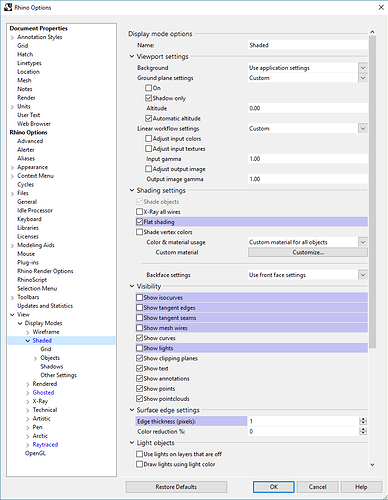 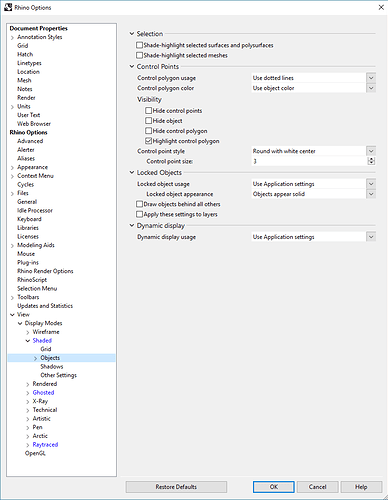 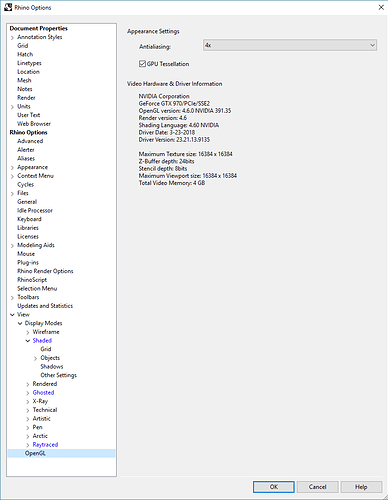 Hello - I think this is the same as a bug that is currently open on our bug-tracker. The item is not currently public - I’ll make the attached files non-public and you can see the bare bones report

I am not certain it’s the same thing but at least similar - If you have a file you can share with us (here, public, tech@mnceel.com, or www.rhino3d.com/upload , both confidential) that would be helpful.

@shadowrider921009 - I think what is complicating things is that there are coincident, or nearly so, faces on the objects in the current block and ones that are locked due to BlockEdit.

Also if you select the top level block in the list, the display should show the colors correctly, do you see that?