How could I achieve these different thicknesses like in this image? 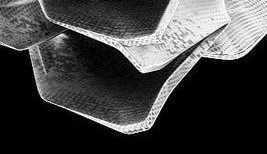 That’s one way at least, I don’t know how the people who made the original did it, it could be way more complex depending on what it was they were trying to optimise.

Thank you, I was thinking about that too.
I cannot find a ‘mesh thicken-component’ that let specify the ‘location’ of thickening.

Also, the thickness looks in the image on some edges straight. It is difficult for me to achieve that. I quess, I just should use a point attractor or something, or curve attractors. But, thicken a mesh on certain places like with weaverbird-like compenents seems difficult to me. Because there is not such component.

When I try it, there are gaps.
I do not know how Michael Pryor did this, with Pufferfish?

If you want to thicken vertex based I would go for weaverbird:

No Pufferfish. As I told you a few times “some minimal surface stuff with anemone from few years ago”. Variable thickness can be made with WB thicken as Baris shows.

Thank you Baris, I was not aware that was possible with that component.

Yes, you told me about the minimal surface. I thought it might be that something from Pufferfish was used to make the thickness because the relief or something. I know understand that it is less complex.

Previously, I could not guess how the thickness was managed with that component, but now I know. Thank you.

That is why it is important to read component descriptions