A simple question : Is it possible to mesh a cylinder in Rhino usind only quad ?

I try to use the usual mesh tool which gives me QUAD on the sides, and some TRI at intersections between sides and top/bottom of the cylinder.
I didn’t achieve to supress TRI and replace them by QUAD.
Any Tips for me ?

Hi Cyril - a joined or trimmed edges will pretty much always have triangles along the edges in Rhino I’m afraid.

I today had to discover QuadMesh myself. It’s just in WIP, but works pretty good: 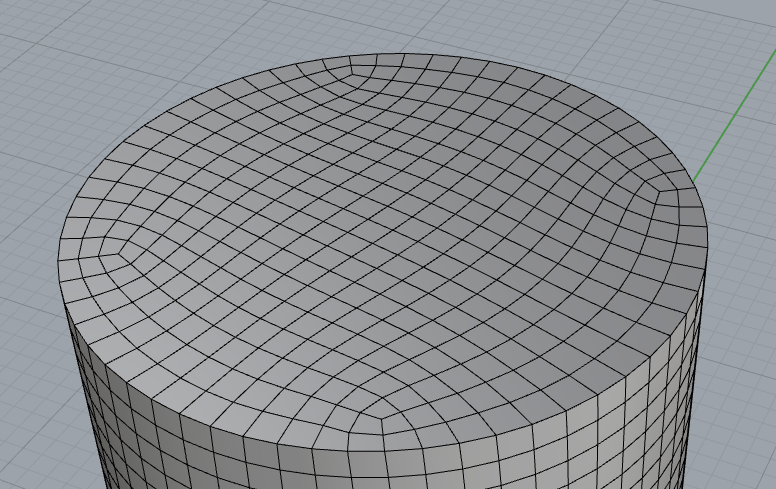 Dear community of users,
Thank you for your answers.

Marcus, I try to used Quadmesh.
I didn’t reach the same results as you.
I proceed as follow :

QuadMesh is a command in Rhino WIP and I just used Cylinder + QuadMesh.

This mesh looks like T-spline isocurves. Similar algorithm can be used to replace NURBS with T-splines. I hope that Rhino 7 will have geometric modeling kernel similar to T-splines.

I have no clue, what the people at McNeel should do next, but the only thing I personally am missing in Rhino is something like T-Splines…

Thank you for your answers. I 'm now using Quadmesh from WIP and it’s work well for a vertical cylinder.

May I ask for advices regarding the Quadmesh options I should used if i want to realise a quad mesh of the following geometry (cylinder on cylinders) ? 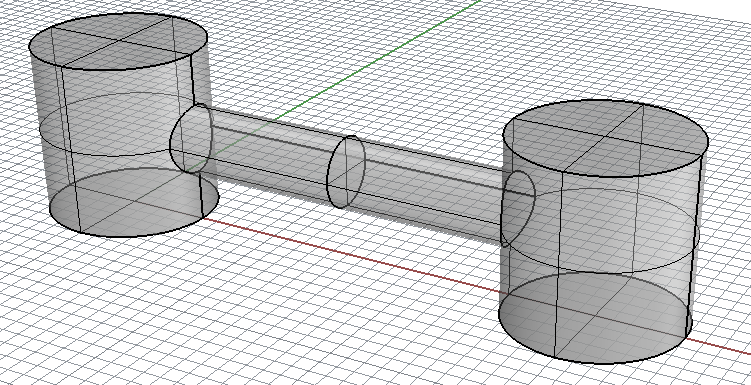 I try with the following 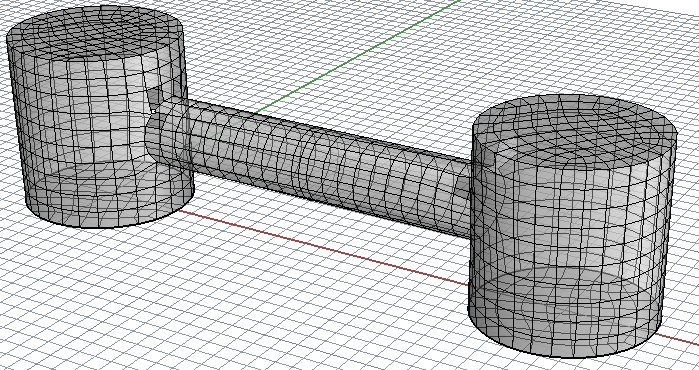 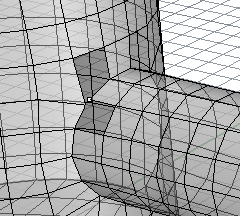 The holes are to be expected at this point. Work on the WIP command was put on ice September-ish 2015 and you would probably want to explore other ways of achieving your target for the time being. Possibly PanelingTools.