Hello Rhino community,
I am having issue with curves that are not ortho, they look broken and not continuous. Please see the screenshot

What I have tried so far:
Setting the resolution lower
putting the scale to 100%
updating Nvidia drivers

thats only your antialiasing from rhino and has nothing to do with the graphic card setting. it can be increased if you want it to look smoother, in the rhino preferences under Open GL. mine is set to the lowest because i have an older computer and i like the performance to be high. 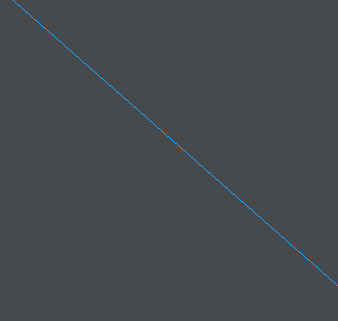 After you upgrade your drivers…
Options > View > OpenGL
Play around with the antialiasing settings.
Higher AA trades off a little display performance. This ONLY affects viewport display.
It’s eye-candy, but nVidia does a good job with AA.

Thank you that improved it!
I have a similar issue with curves appearing to have varied line weights which change as I zoom in and out. Is there a way to improve that?

It’s impossible to say based on a written description.

Generally speaking, a higher resolution tends to smooth out that sort of thing on the screen.

What is your Windows screen resolution?

Here is example of what I am talking about. if you look closely once I zoom out the line weights tend to vary.
My current resolution is 2560 x1440, I toggled with it to fix it, before it was 3840 x 2160, but the issue persists.

Have you messed with the details on this page?