I projected a curve (in yellow) in side view onto a cylindrical shape (the handle grip) and then trimmed. Looking at the model from the underside the projected curve has strange contours. How can I avoid this type of issue in the future? 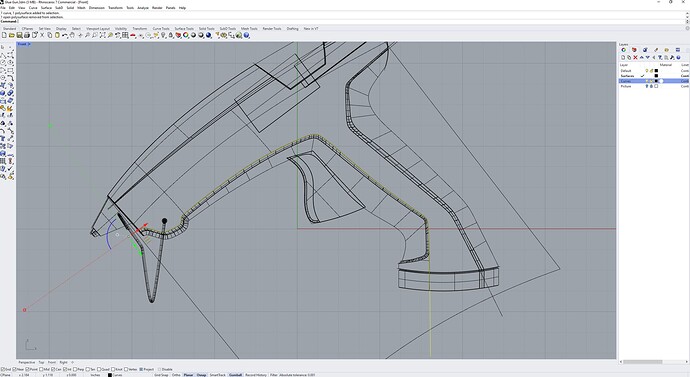 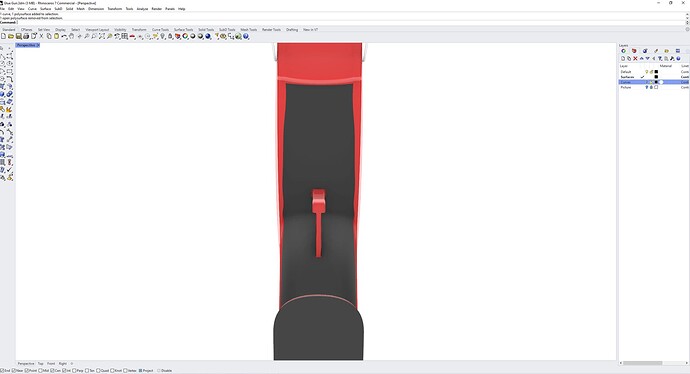 Several approaches to avoid curves appearing “strange” in some views.

Create the curve by intersecting one or more planes with the curve surface. Experiment with the location and orientation of the plane(s). Basic geometry: all non-planar curves will appear to have reverse curvature when viewed from some directions. This is independent of the mathematical formulation of the curves.

Thank you for the tips. I’ll try these methods on my next model.