Converting from shop to student lounge 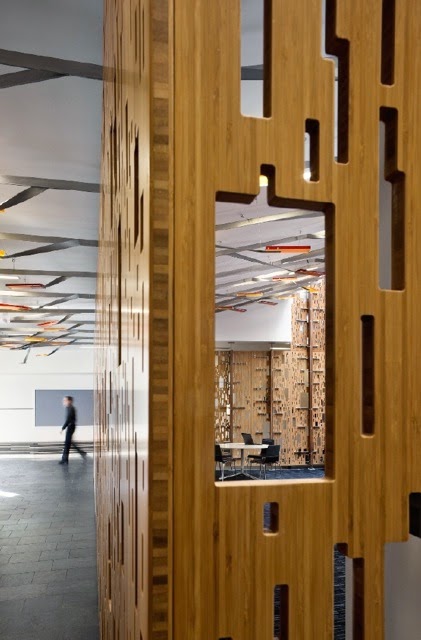 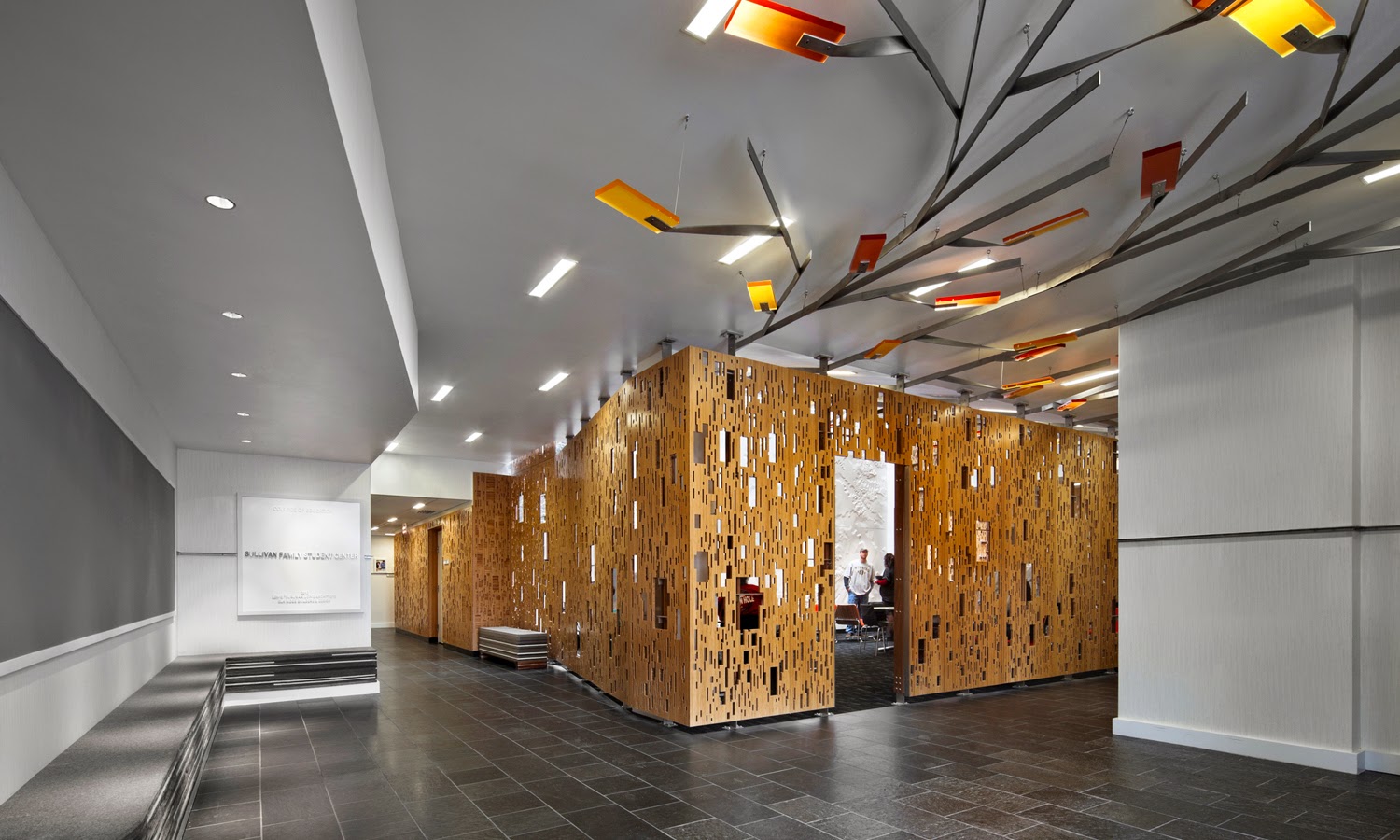 Now the Sullivan Family Student Center, this University of Wyoming building was originally a conversion from a shop building. The floor plan consisted of nondescript and ill-defined open floor areas crisscrossed with circulation. In the rehab, the architect pushed the circulation to the perimeter, then used screens to separate it from the main student lounge area. The perforated bamboo panels are about 40 percent open with even porosity and density throughout. The apertures in the screen, ranging from small slits to full doorways, allow glimpses between the two areas. The patterns do not repeat.

Though we may be a bit slow to notice this 2011 project, it is an interesting use of Grasshopper script. Sarah F. Cox of Curbed interviewed Paul Lewis from Lewis.Tsurumaki.Lewis, the New York architects.