Confused about behavior of curve.ClosestPoint

This is likely a dumb question, so my apologies in advance.

Inside some GHPython code I’m trying to test points for whether they are on a given curve. Unfortunately it seems that all points say they’re on the curve.

If anyone could kindly explain what I’m doing wrong, that would be splendid.

First of all, there are no dumb questions!

When you call curve.ClosestPoint(point, tolerance) in your Python script, you get for instance (True, 6.81) returned. The first value informs about, wether the method was successfully called, and not about your points proximity to the curve. The second value is simply a curve parameter, of where the closest point to your point is situated on the curve.

Thank you so much! That is tremendously helpful, and now I better understand a few other RhinoCommon functions as well

If your interested in a RhinoCommon version, it is done very similarly.
However, you might have to set your component inputs to curve and point inputs respectively, for it to work.

In RhinoCommon, as you may already know, you call the methods/functions differently.
Rhinoscriptsyntax is basically a “repackaged” Python API of RhinoCommon that makes the latter more straightforward to use.
In order to understand the structural differences between both, you need to understand, what namespaces, classes, constructors, methods/functions, etc. are in programming.

curve.ClosestPoint(point) calls the method ClosestPoint() from the Curves class that exists in the Rhino.Geometry namespace. Your variable curve is in fact an instance of the Curves class and ClosestPoint() one of its class methods.
Your variable point is an instance of the Point class from Rhino.Geometry that has its own class methods to chose from.
This is also, why you need to change the inputs of your component to curve and point inputs. I’m not totally sure about this, but I guess that when you declare the types of your inputs, the component passes class instances to your code, which is essential for RhinoCommon.
The rhinoscriptsyntax, on the other hand mostly works with guids, some type of geometry reference (?), an identification of sorts of geometry objects (?). Why it doesn’t need the type declarations on component input level, is because it mostly does the conversions internally (see below).

In rhinoscriptsyntax, you basically call the method CurveClosestPoint() from the rhinosciptsyntax library that you previously imported.
And, here’s what happens under the hood (cf. source):

I’ve added a question marks between parenthesis to all the parts that I’m not 100% sure of.

Wow – thank you so much! Yes, that is exactly the kind of guidance I was missing. This will make so many things easier for me now.

guids, some type of geometry reference (?), 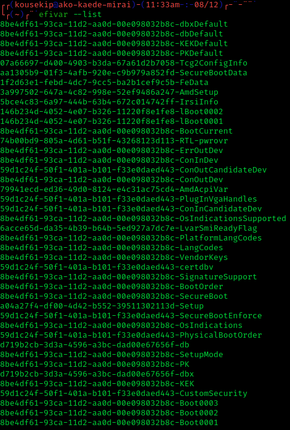 A universally unique identifier (UUID) is a 128-bit label used for information in computer systems. The term globally unique identifier (GUID) is also used, often in software created by Microsoft. When generated according to the standard methods, UUIDs are, for practical purposes, unique. Their uniqueness does not depend on a central registration authority or coordination between the parties generating them, unlike most other numbering schemes. While the probability that a UUID will be duplica...

Randomly generated with 128 random bits, ie approximately zero chance of any two objects in the world having the same value so you can safely use them without checking for naming conflicts.
import uuid to make your own or use this recipe

Great explanation @diff-arch!!
Any idea on why Curve.ClosestPoint(Pt) does not work when calling Rhino Common from outside of Rhino (Pycharm)?
Btw, I`m using rhinoinside to call Rhino Common.

Any idea on why Curve.ClosestPoint(Pt) does not work when calling Rhino Common from outside of Rhino (Pycharm)?
Btw, I`m using rhinoinside to call Rhino Common.

The only thing I can think of, is that you might need to provide a second tolerance argument (i.e. 0.01), but I’m not exactly sure about this?
Generally, I don’t have a lot of experience with rhinoinside. What do you use it for? And does it use RhinoCommon, or compute_rhino3d, or even rhino3dm?

I already answered the question in the other post from @thomas.takeuchi here Rhino inside Python

Thank you for the reply!
I was just doing some tests: opening a rhino file, make some evaluations and save a txt.
I’m using rhinoinside to call Rhino common. It works like this:

@nathanletwory answered me perfectly in Rhino inside Python