I am trying to build a simple test configurator and deploy it to a production environment. I have run into a strange scenario where the compute server works perfectly when testing locally but once deployed it looks like it’s just returning an empty JSON object without any geometry. There also doesn’t seem to be an easy way to debug this on a deployed AWS EC2 instance.

I’ve been trying to wrap my head around this for a while now and was hoping I could get some direction from the community. Perhaps there is a nuanced issue with how our GH file is set up? We are using all native grasshopper components for this test. 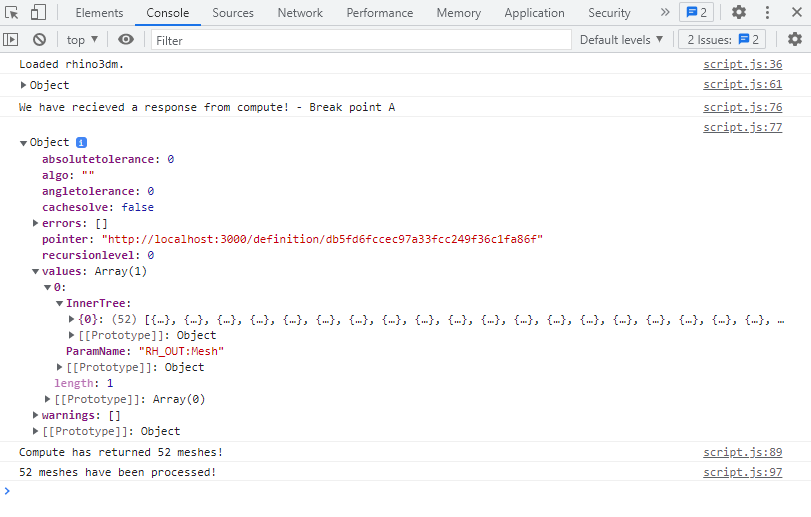 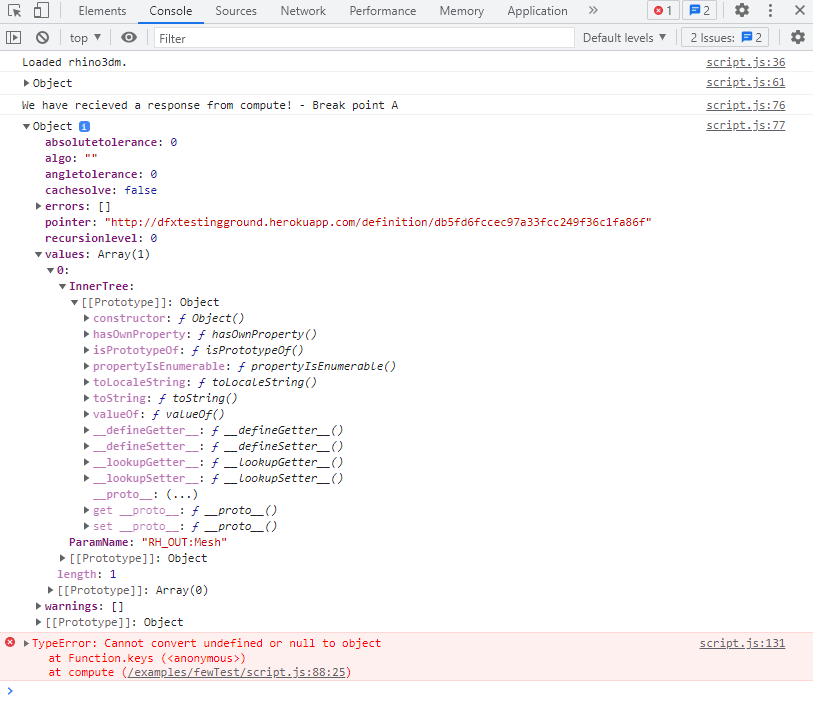 Any help would be greatly appreciated!

Hi all,
I also noticed that my local version of Rhino compute is different to the deployed version.
I’ve tried pulling the latest master of compute.rhino3d from GitHub for local debugging and checking its version number and there seems to be no change in the version number.

Could this be why I am not finding the bug locally?

For those having similar issues - in our case, it turned out to be this cluster of nodes causing the issue and likely the bounding box node that was the culprit!

The GH script worked fine locally but not on the compute server!