Clustering points gradually at locations along a curve

Is there some clever way to adjust point density of DIVIDE CURVE, EVALUATE LENGTH or EVALUATE CURVE modules?
Perhaps with an attractor?
Simply culling a large number in some places is not organic in the transition from less density to more density and leads to a lofted surface that is not as smooth

Desired - but with smooth transitions from high density to low density 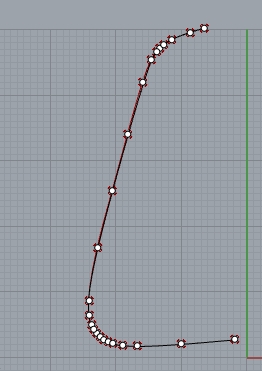 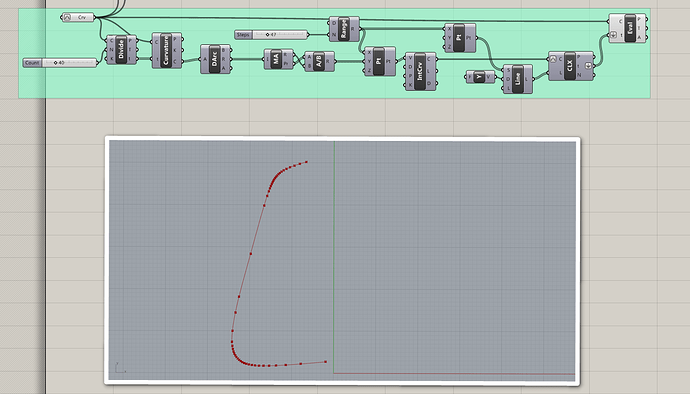 You’ll have to play with the two sliders depending on how many points you want.

Thats impressive. Thank you
When I apply this code to the actual model, I get: 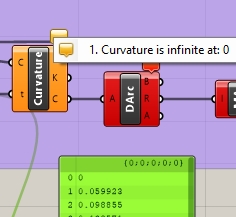 One end of the curve becomes a straight line
How would you handle that?
Perhaps make a sub curve and add the end point later?

Can you provide the “actual” curve? 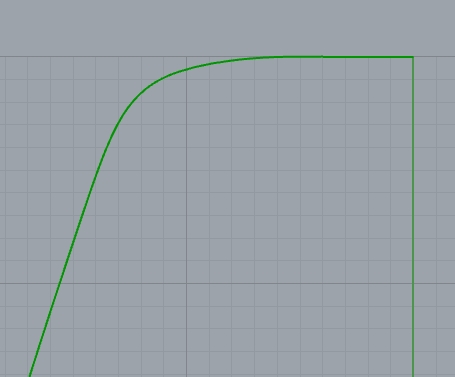 I don’t see any curve showing up.

Of course, nothing ever stays simple, and this probably has more sliders than you’d like. That said… 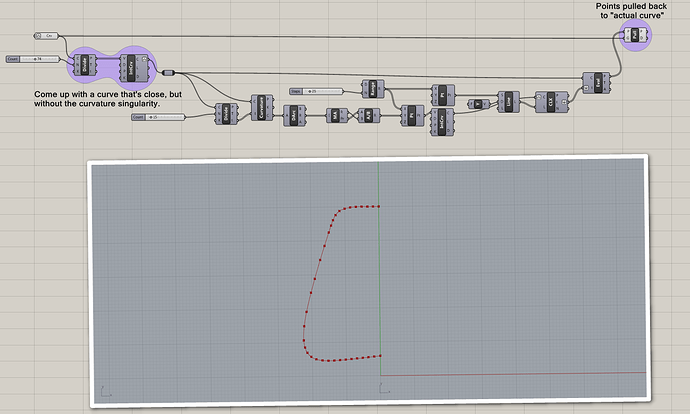 I think the fact that there is an infinite, or near infinite radius of curvature value throws off the weighting for everything else, at least for this approach.

Interesting. Thank you. This brings up another topic, which is exception handling.
Ideally, the zero curvature condition that causes an exception would be handled by substituting a large number 9999999. For this solution, that is more than adequate, but unless i missed something. there is no way to handle exceptions or test for the condition that might cause a module to throw an exception like divide by zero, ahead of time. One model. One solution. A different model, re-write the solution.

Maybe someone who’s familiar with the Rhino libraries could answer this. The curvature is probably calculated on the basis of sampling, or an actual Nurbs equation. Three collinear points in a curve will give a line with Nurbs, so I don’t know at what level you could override that for the curvature. If you try the above with a "nicer’ sinuous curve, it generally gives good results, but that’s cold comfort for you.

You know, I was thinking about this and I realized it’s probably equivalent to a question posed here a while ago by guess who? Me! There were a couple of solutions given that I don’t think will blow up in your case.

Thank you @laurent_delrieu and @lando.schumpich. Both methods are ingenious. Laurent, yours works well on any particular curve, but because of however Rhino determines the polyline, it does not have the effect I was hoping for. Small changes in the curve can have large results on point distribution, so when you connect them across curves with polylines, they are kind of jumpy. I am looking for a smoother transition that still has the points clustered near the areas with highest curvature… [Ca…

Not really sure about the division in the last example but you can always replace the Nulls with a large number (9999999) using the Replace Nulls component.

Ah yes true BUT… then you have a nasty orange bubble glaring at you. Its hard to sleep at night over such a dilemma

Agreed, as long as you understand the error.

Yes. I agree, im just hoping to make the argument for some kind of exception handling that would allow me to shut of the alarm, substitute a value, and avoid being hauled before the GH crimes tribunal on a fraudulent wiring charge )