Caribou has been out in the wild for awhile now, but hasn’t been officially announced to this forum. Caribou imports Open Street Map and was developed to build upon Elk’s workflow by making it cross-platform, faster, and more extensible.

The full feature set (copy/pasted from the documentation) is:

I’ve also just completed a pair of YouTube tutorials on the basic and more customised workflow for the plugin: 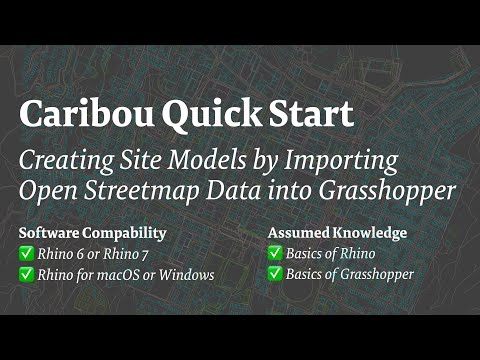 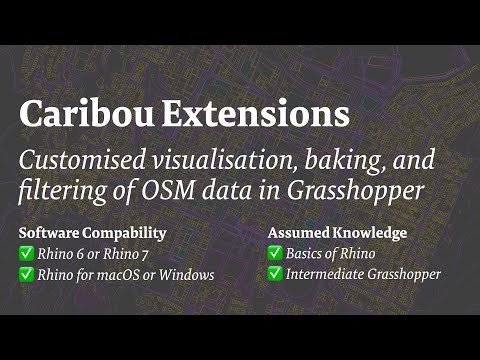 It isn’t as optimized as the Rhino 7 package manager, but should work just fine 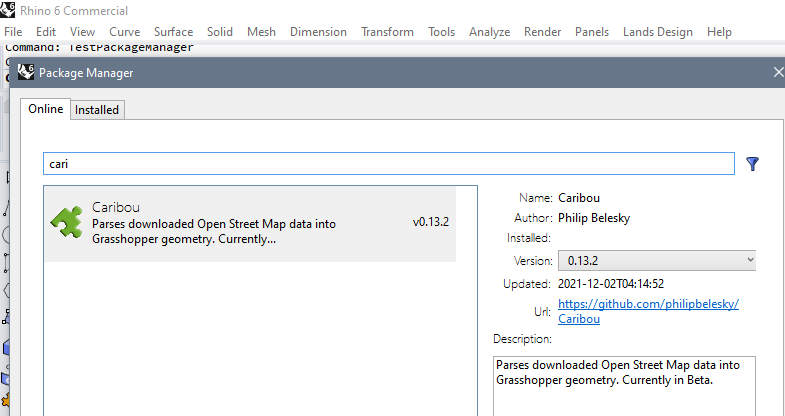 Thanks, that’s super useful to know. I’m unlikely to re-record that video anytime soon, but I’ll update some of the other documentation.

I also added a comment to your video, so users can see it there too (:

I wasn’t expecting a re-recording, just throwing the info out there so readers are aware.

The Caribou component worked very nicely with the patches I got from my home town. Not many building info on OSM from here unfortunately.

Is there reason for not allowing the package manager on Rhino 8 to find and install this?

Nice that you can keep on working while the data is being parsed! I went for a quick stress test with one of the osm files that I had laying around - importing buildings in Kyoto from a 200 MB file took about 10 minutes. 44 km across and 150 000+ building shapes. 75 000+ *ways took about 6 minutes. 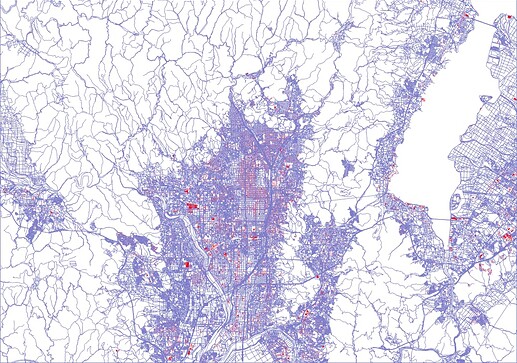 I have a 15 GB osm file on disk but I’ll need a new computer before attempting to do anything with that.
-wim

Hi @wim, thanks for taking it for a spin. I’m hoping to get around to further performance improvements (parallelism etc) — I just need to finish setting up a performance benchmark I can run outside of Rhino. The async implementation was generously provided by the specklers.

I’d forgotten about Rhino8 support; will add that over the next few days.