Can you join these surfaces?

I have spent at least one hour trying to make water-tight joint between red surface and blue surface. I tried fillets, blends, sweeps, rebuilding edges - all in vain. The green fillet is one of many attempts to join these surfaces. 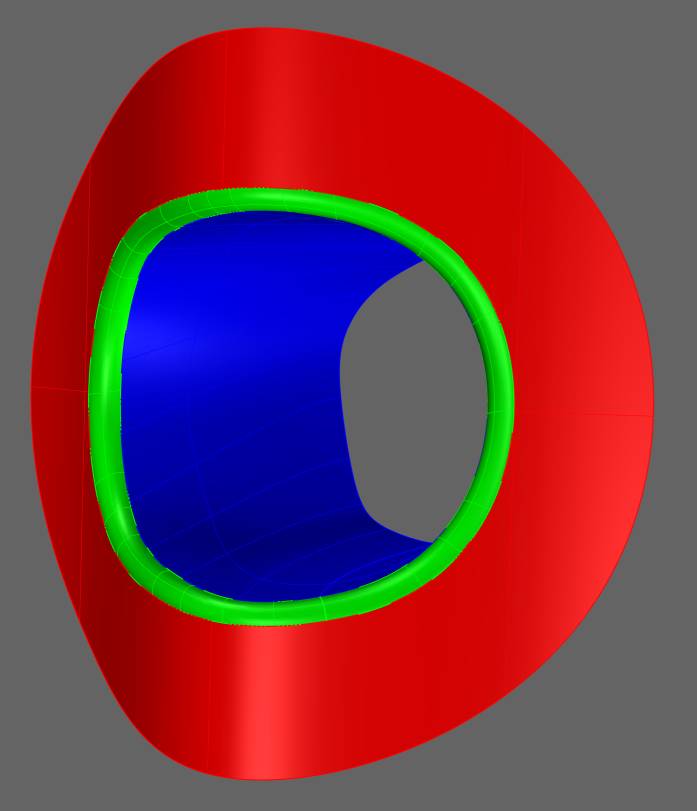 you have a small trimming problem there:

It did not work. There is big hole in new fillet (shown below) in the same place where the old fillet had bad seam. 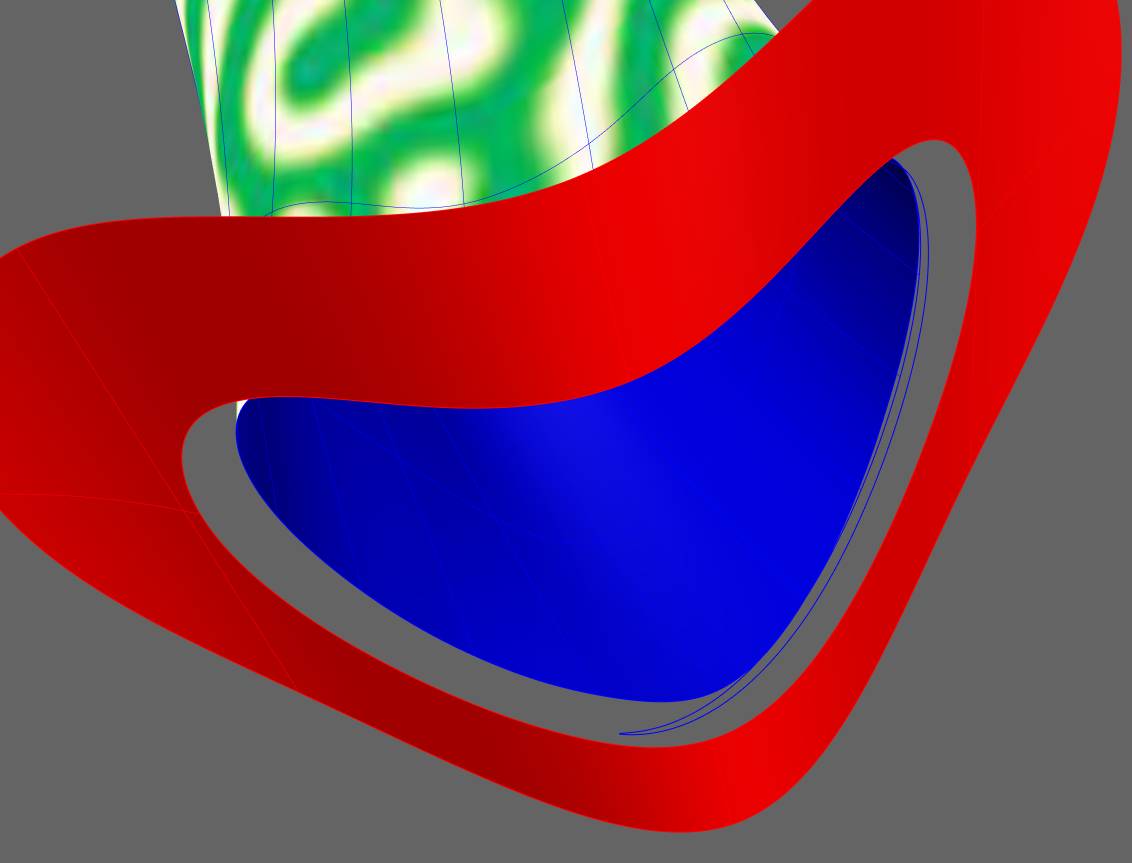 I believe that we deserve better RebuildEdges command.

I believe that we deserve better RebuildEdges command

no you dont. why should a software compensate all crap surfaces it has to swallow. besides that it looks like you have an unmerged edge in there since i am on my phone i cant check now.

no you dont. why should a software compensate all crap surfaces it has to swallow

I agree. Looking at the file it seems the blue surface is not tangent with itself at its seam, so this will never work well:

The edge trim curve of the red surface had 162 control points. I used Rebuild command to reduce the control points to 26. It did not help, so I rebuilt both surfaces with the same number of control points as the old surfaces. The rebuilding spoiled the surfaces. As you can see in the following screenshot, I now cannot make decent fillet with the FilletSrf command. 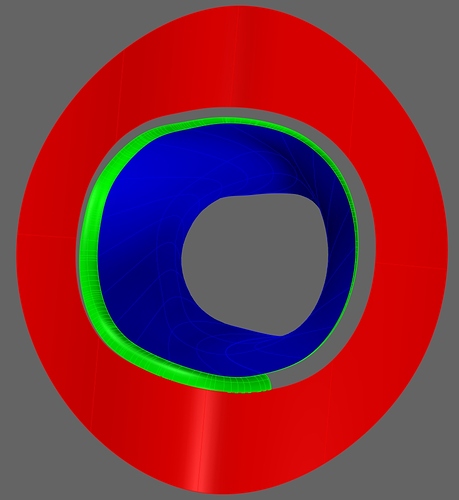 Yes, it does make the water-tight surace. Maybe the problem was that the trimming curve was too close to the edge of the surface?

Hello - I don’t think there was anything at all wrong with the surface, the problem was the existing gap between the two input surfaces did not leave enough surface for the rails in all locations… Untrimming removes that and lets the fillet find its rails on the surface.

The red surface is about 0.7mm wide and the blue surface is much wider. It seems that there is enough room for a 0.5mm fillet, but 0.11mm fillet fails.

Also if you untrim the surfaces first?

I made 0.3mm fillet on your file - it worked fine.

It’s all working as it should as far as I can see - a .11 fillet does not fit, for the reasons I pointed out above: 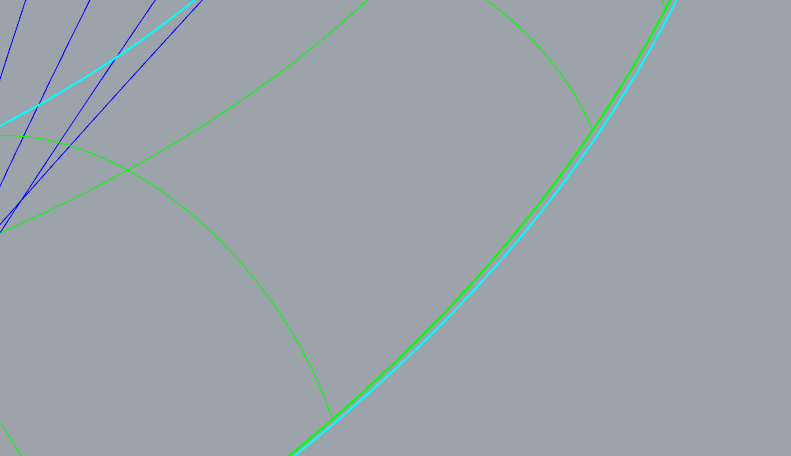 and a .3 fillet does fit. I’m not sure what is irking you.

Hello - I’ll try my best to find a different explanation if you can make a .1 fillet work there.

I made the 0.1mm fillet on the Gijs file - it worked fine.

Well, I was trying to point out why the fillets that fail fail. I’d think that is the goal. The ones that work are not using the same inputs as the ones that fail, so they work. 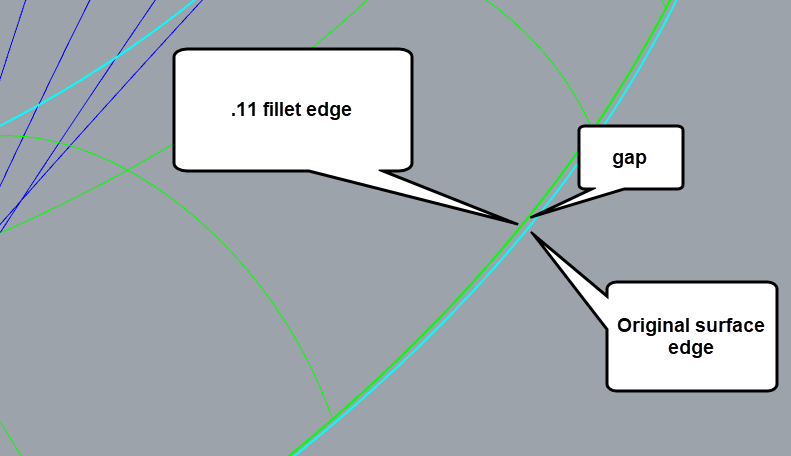