Bending a Flat Steel Plate - Better Way to Model This?

I want to bend a flat steel plate so have modelled what the part would look like flat, before being bent, and then used the Bend. Just applying one bend works great but presumably because the bent part is quite complex, the second and third bends slow GH right down. 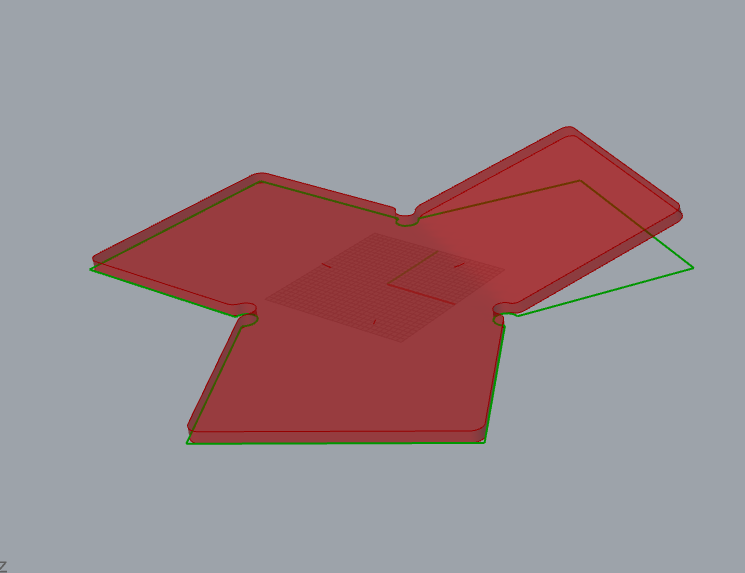 Is there a better way to model something like this in Rhino / GH? 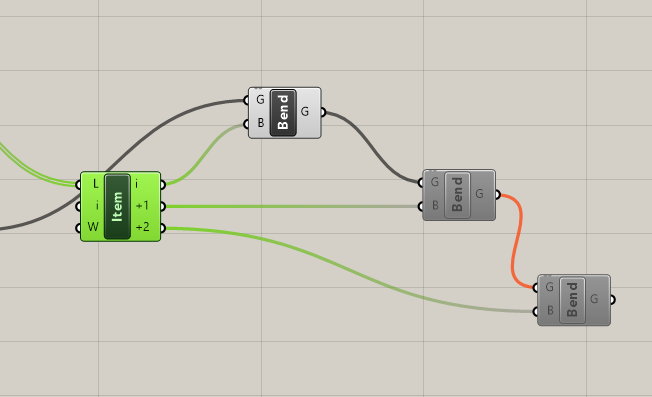 Is this any better? I assumed, based on your bend curve, that the inner triangular portion wouldn’t be affected, so I removed it and added it back at the end.

Thanks! I like it fir this examole. For other situations maybe it’s better to bend a flat surface or mesh and thicken it after the bending?

I don’t know what your ultimate intention is so I can’t say. In this case, the threefold symmetry made it that much easier though.If you perform it on a flat plate and then thicken, you’re confronted with the problem of offsetting everything normal to the surface, at the same distance, in which case, a mesh would be better IMO.

Yes in this instance what you have done is a nice solution.
This example made me think about what is the best way to model pressed metal components. Press tool design software often has to start with a model of the finished, pressed, component and flatten it to create the 1st press operation which is then progressively bent as it goes through the press. I have some experience of this , but very little experience designing the final, pressed component.
Solid Works has addons for pressed components I believe.
This particular component is just to join 3 acro props together to make a tripod but if I make it I need to have the flattened part to be able to get it laser cut or waterjet cut.
It just got me wondering if people design pressed parts on Rhino / GH and how they do it.
Thanks for the contribution!

When you’re into actual manufacturing, the problem of deformation comes into play. I don’t know much about how it’s addressed. Would those holes in your piece, after being bent, occlude whatever what was supposed to go through them? I’d be interested in how it’s approached generally im Rhino myself, or if there’s a plugin, At some point, you have to stop pretending you’re dealing with something that’s just 2D. If it’s really thick, then maybe then you’d use FEA.

The holes (or cut outs like a dog bone corner) are just to allow the thickness of the material to deform… If you look closely at either end of the bend axis there is a strange deformation. I was surprised that the Bend component created that but it looks remarkably like what actually happens when you bend thick sheet material. Also, I think this is why subsequent bends take a very long time for GH to process because the part is no longer a simple extruded, capped solid.
If I didn’t use these cut outs then the bit of material that bulges out at the end of the bend axis would collide with the neighbouring “wings”
There’s a whole science behind predicting how the material will bend according to type of material and thickness. If I had holes in the “wings” that were stamped into the flat part but had to be in a precise position after being bent then it’s important to be able to predict what will happen when the part gets bent otherwise you have to make changes to the press tool to adjust the initial position of the holes. (assuming that holes cannot be punched after the part has been bent)

Well, I assumed the holes were meant for attaching, so shows you how much I know.

I tried with a flat surface but the 2nd Bend component is slow and the 3rd is like 60secs to calculate.

Tried with a thickened mesh and all 3 Bends can be done live with a slider.

Does anyone know why the Bend component is so slow with anything other than a mesh? 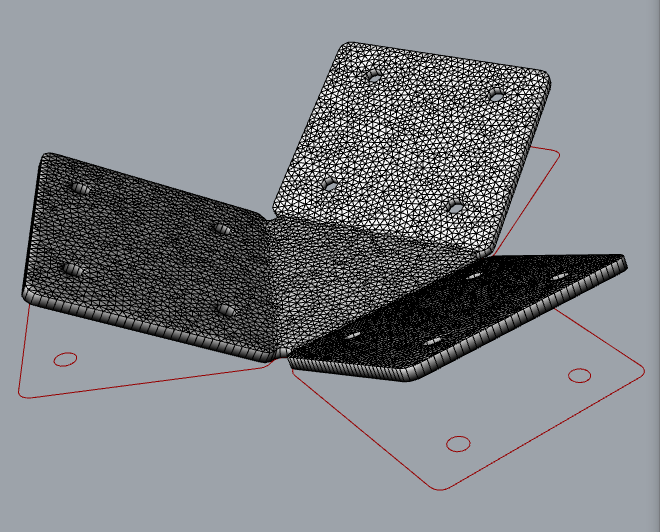 File now includes Kangaroo1 MeshMachine (I can’t get the Simple Remesh to work with anything!) and a MeshPreview component that I really like from the Intralattice plugin (Just use a Custom Preview and Mesh Face Boundaries if you don’t like Intralattice)