Just wondering if there could be a component to read all Reference plans Inside of Revit to then be able to assign a Structural framing Beam to that reference plan?

Also to Create Reference plans with a line in Rhino/Grasshopper.

This is so if you handed to project over to a non Grasshopper user and the roof awing plan changed levels the non grasshopper user can just move the reference plan.

Also some BIM Audit tools reviews if framing elements are attached to reference plans… not just randomly in space.

It would be great if you could add some images explaining what you meant.

What I understood is you link some CAD files into structural views and you want to create beams automatically from that linked CAD file. I did something like that in the past, generated columns and beams from the CAD drawing. But CAD file must be standardized. 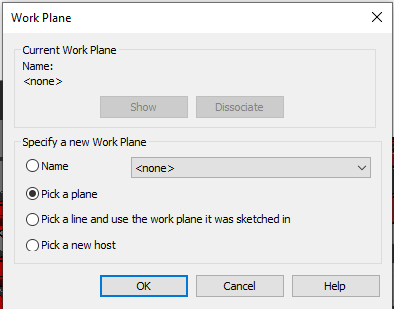 Element Parameter node will do the job.

Christopher, Try giving a new plane into the location component.

Thanks @Japhy using a Beam Framing Family… are to be set out by lines as all elements can be different sizes.

Original Revit users will create a Reference Plan to assign structural framing beams that are on a angle.

Then if the script is re run it would still be set to the updated reference plan.

Add Beam by Curve sets the workplane by the curve. You can use the Element Curve component to modify its location and extents. 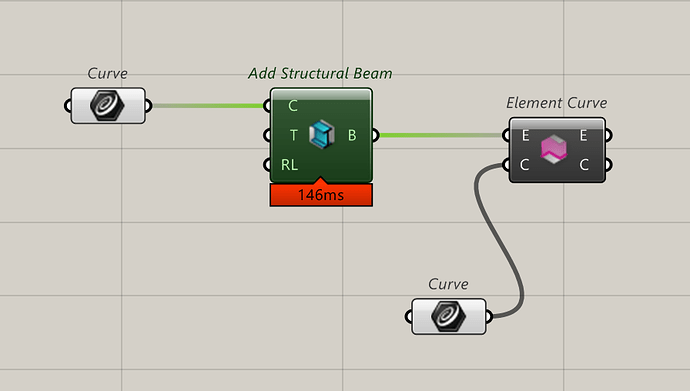 Thanks Japhy. That is useful for a GH user to update the location of a Beam.

Would be great to be able to assign a Beam Element to a Reference Plan.

Then a non GH user can move reference plans that automatically move beams to the assigned reference plan. Just how a level works in Revit.

Be great to have a component that is like Level Picker… Reference Plan Picker to be assigned to Structural Framing elements.

A plane in GH / Rhino is pretty straight forward. The particular workflow you want is possible, but will be a custom workflow tailored to a internal non-gh user.

Hi Japhy, Thanks for getting back to me.

I was meaning a reference plan inside of Revit that is created through RhinoInsideRevit. Not just a plane in GH/Rhino.

Beam elements can be attached to a Reference Planes in Revit.

So if a non GH user updates the Reference plane in Revit it will update the beam position and also the updated position will be referenced in grasshopper.

I’m not quite following. You want to add Revit functionality of a named reference planes that are created by Rhino.Inside.Revit that a user in Revit can select?

The Beam by Curve is pretty flexible. The non-GH user aspect of your proposed workflow is a different story.

Would be good to be able to assign a Reference Plane to a Structural Beam Element.

Reference Plane is a Working Plane - As shown above.

So if a Reference Plane is moved manually in Revit the Structural Beam Element will move with the plane.

Christopher, Beams are only created one way via the Revit API (which we are restricted to). 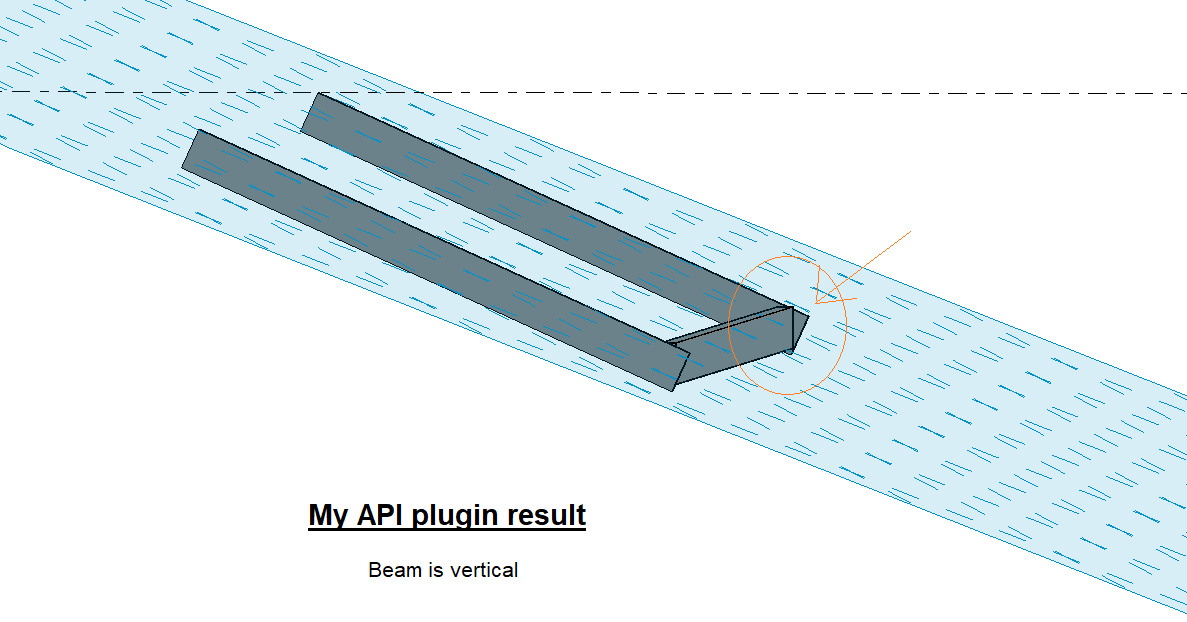 Hello everyone,   I recently managed to sketch beam upon reference plane using NewFamilyInstance.   BUT I dont get the same result as when I sketching it manually and choose a reference plane for the sketch. (Example in image)   Does...

Christopher, Beams are only created one way via the Revit API (which we are restricted to).

Is it possible to set a reference plane in GH/RIR to a Beam after the beam is created?

Those are read only parameters.

I’m unable to found this functionality in the Revit API.