Angular dimension text doesn't move when the dimension is moved

I’m moving a detail window around to recompose a layout. I have to remember to go back and move the text of the angular dimension in the selection separately with each move because though selected it doesn’t move with everything else.

The text for that dimension must have been dragged to a “user” specified location.
Select it and run DimRecenterText.

That should move it back to it’s normal location.

Thanks John, but I would then move it to the location I need it to be, and the next time I drag the detail, it will trail behind again. All the other dimensions dragged to a user-specified location behave as they should when I move the detail.

If the dimension text is in it’s default position, it moves with the Dimension.
If you have altered that location, then it stays where you dragged it.
There is no feature to keep it in the same relative location if it has been moved.

If you have a specific example of different behavior, we will need a small file with that Dim in it and instructions to follow to see the problem.

No time for that. Will just have to disagree on this one.

I described how I know it to work.
I’m not aware of a change that would work how you described.
That doesn’t mean you’re wrong, but I will need a specific example to fiddle with and see. Dimensioning is not a feature of Rhino that I use in more than a rudimentary way.

Thanks John. You seem certain of how things are working, and I’m working with dimensions on Rhino Layouts most all day every day at the moment and am pretty confident about what I’m experiencing also. I appreciate your offer to check into this further at the moment. Maybe a little later. I spent most of yesterday morning trouble-shooting layout behaviour issues and preparing files and uploading them. (Some of those problems were first reported months ago, and some years ago.) I can’t troubleshoot further at the moment eyond reporting this issue. It’s pretty easy to check.

I can confirm that - all other dimensions behave properly when moving detail, only angular dimension is broken.

I’ll try to repeat this tomorrow.
If I can I’ll log a bug.

Is the bug there in the V7 WIP?

I am not using the wip.

So far I still can’t repeat this.

lines and an angle dim: 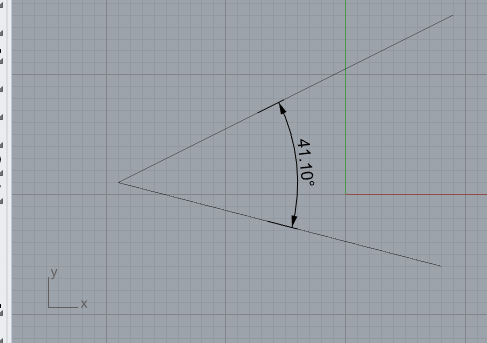 Select and drag all three: 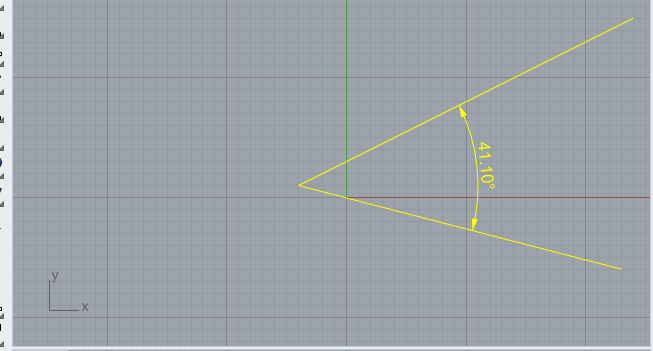 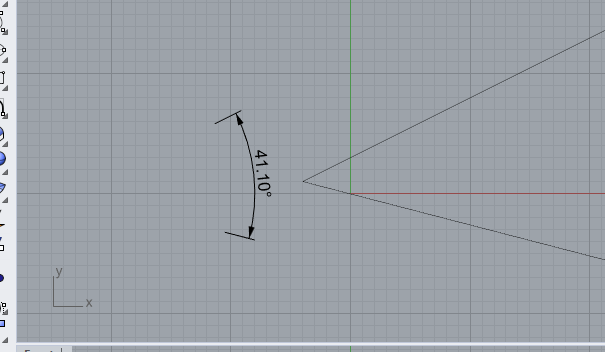 The text moves for me with the dimension in both cases.
What are you doing differently?

Positioning the text in a position other than default.

I can’t repeat that either.

PLEASE make a new example file with a linear and angular dimension in it.
Move the Dim text to a new location.
Make a screenshot
Move the Dims (to show the problem)
Make another screenshot

I’ll try. I know sample projects are helpful, but these projects of mine have a great many elements to purge and delete. It’s not a quick task to pare each down to an example. I am also working with several other issues. Thanks for looking into this.

The bottom line is I need an example that cleanly illustrates a problem.

It’s best if you supply that file and instructions to reproduce it.

I’ve tried multiple times and have not been able to reproduce the issue here.
It’s very inefficient for me to guess at what you’re doing that is different than me, so I am trying to clearly describe and show what I’ve done to attempt to repeat it.

I need you to provide the example and instructions.

This all means there is currently no actionable item, no bug report, so no chance of the issue being corrected.

Here, the entire dim moves with the detail but it is apt to flip over and show the outside angle between the lines- 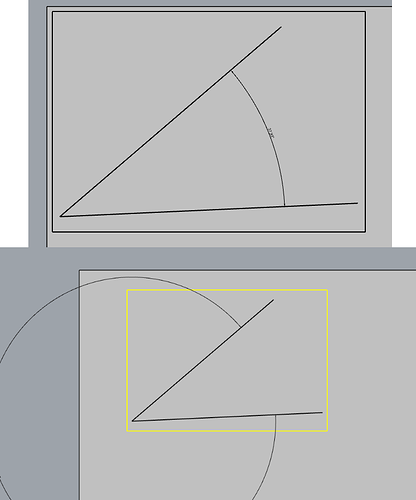 Thankyou. Just as I described in my original post.
The steps to create this bug are as follows:

in model space;
Create suitable Geometry to dimension
then In layout space:
Snapping to the geometry through a detail;
Create a linear dimension
Create an angular dimension
reposition the text of each dimension
Select the dimensions and detail*
Move them
The text for the angular dimension doesn’t move as it should.
The bug may be present if both dimension and geometry are in the same space.

*This step may seem contrary as the subsequent move will break history, while moving the detail alone will bring with it any dimension with retained history. In practice I find it necessary to select all of any detail’s elements to rearrange details on a sheet. Obect snap dimension scale - and dimensioning itself - is buggy (there are multiple posts on this elsewhere.) Attempting to separate successfully-historied dims/annos from selection for a move, and ensuring the un-historied ones stay selected is impossible on any sheet with multiple details and scores of annotations. I’ve abandoned relying on history for dimensioning.

What do you mean by ‘reposition the text of each dimension’ ? One cannot move the text of a dimension alone or am I missing something?

Oh yes you can with control points, my bad. Just watched @cadmaster’s video and I can reproduce the issue doing exactly what he does in the video.

I moved the detail several times and the angle dimension’s text appeared to sometimes move to a random new location respect to the dimension line. Sometimes it did not move and stayed in its correct position while other times I experienced what @Pascal did about the angle dimension flipping over to its reflex angle.

I could not reproduce the issue by simply moving the dimensions (which breaks history).