I hardly ever need to dim stuff, but in this case I have to send a PDF out to have some steel angle cut. I encountered no end of frustration trying to get the dim angle text where I wanted it - what I really want ends up not even currently possible. I tried this in V5 and the WIP, the WIP has an additional bug - you cannot select the dimension unless either you window it or click exactly on one of the arrow tips. Click anywhere else and it doesn’t select. Afterwards, dragging the text around is painful, and rotating it is impossible. 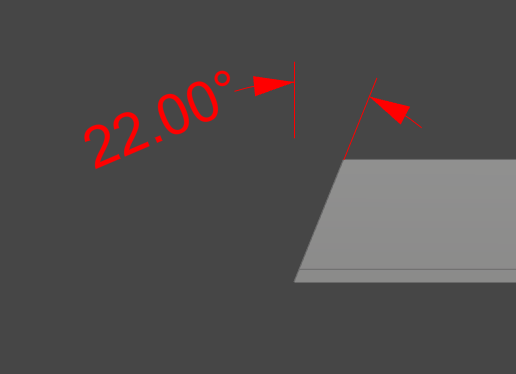 you cannot select the dimension unless either you window it or click exactly on one of the arrow tips. Click anywhere else and it doesn’t select.

That video is blocked here but anyways…

I saw something like that for text but it appears that such is file-specific (hence also template-specific) so you might want to send in that file. FWIW, in the WIP here I can select the dimension by clicking anywhere on it within the red rectangles in this picture. Moving the text around didn’t pose any problem here, by the way… (but rotating is indeed impossible). 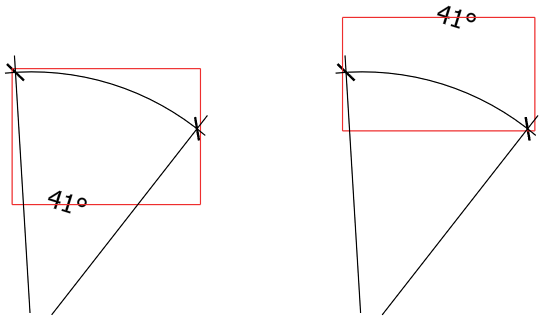 Yeah that is a bit awkward… It works fine for selection until you move the text and then it’s hard to select anything easily.

It would be handy if there was a leader option so you could mark the angle then have a pull-out where the units are shown in this instance.

I agree that as text moves along a angular dimension line the text should automatically rotate with the line. Especially when you have the dimension settings set to “In Dimension Line”. 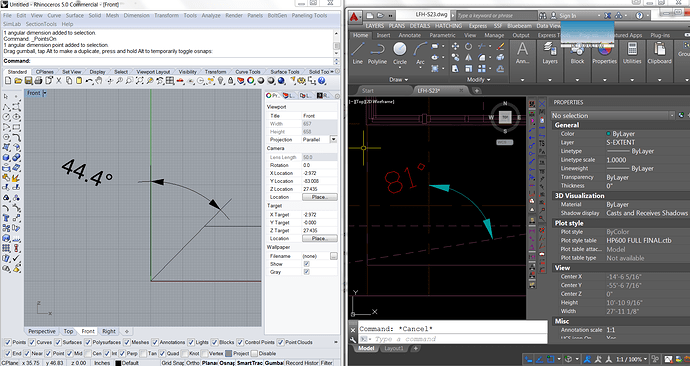 Hi Mitch - I see the text selection problem, but not the overall dimension selection one you show- it looks like for selection purposes the dimension text is always anchored at the lower left, even if it displays differently. Does this dimension have a model space scale applied?

Does this dimension have a model space scale applied?

For what it’s worth, Angular dimensions are second from the top of my list for getting some tuning up.
I’ll keep your comments in mind.