Advice on how to model a lunchbox 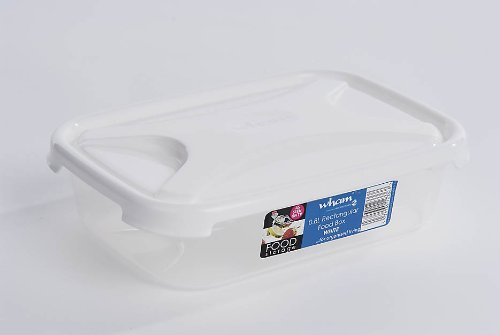 I have perhaps 200 hours of experience with Rhino for Mac and a few thousand hours with various CAD software. However, I’m a bit rusty of late.

I’m just wondering what the quickest way to model this product might be. As you might be able to tell the lid has some details that make this slightly less straight forward. I am thinking that it might be best to create several 2D profiles and loft/sweep them together…

Any tips would be most appreciated.

Hi Tim- It’s a little hard to see that thing in any detail, but I think I’d start the top something like the attached file I think - it is simplified but you’ll get the idea.

Thanks for the advice.

Here are some more detailed pictures…

So far I’ve spent 2-3 hours but run into problems. Although I have done a many hours of Rhino tutorials, I need to get some experience under my belt. Here’s where I am now…

Update: Have made a bit of progress but some of the edges (e.g. the one shown in yellow below) won’t fillet without. Scratching my head on how to tackle this.

I’d first start by drawing an accurate plan and two side elevations making sure the dimensions and relationships between the elevations match - use vernier calipers to work out what the depths of the extruded parts are (or a ruler) This way you have all the dims you require to make it.

If you break it down into sections it should be easier:

Make the centre section as one solid with a curved top without the odd shape cut out, you then have the overall basic envelope of the lid (ignore the dimple in the middle until the very last)

You can then experiment with either projecting the shape from your 2D drawing onto the surface and trimming it or extruding it and subtracting shapes by boolean.

You could try to image the shape without any fillets, make everything square with sharp edges and apply fillets later once you’ve got the overall shape.

Would you advise creating a solid and using the Shell command? (I’m using Mac version if it matters).

Here are some screen shots of my progress…

I reduced the radius down a few times and with a radius of 2mm, it works. See below.
But really I need a radius of 5mm. Is this problem happening because the isopalms are too close to the fillet or something? (see 2nd pic below)

I think it’s caused by the fillet that is in the corner (the one made up of 16 squares nearest the camera) DOH!

I’m thinking sweep for the outer profile could be a winner here. the section looks consistent all the way around.

I’m thinking sweep for the outer profile could be a winner here. the section looks consistent all the way around.

That is a good point, although its handy to be able to quickly change the wall thickness - something that shelling a solid right at the end makes possible.

I’ve made quite a bit of progress but I’m stuck with the 2 long curved slopes. I need to cut them away but making a solid or surface (e.g. selected surface in image below) to make the cut is really fiddly to get accurate and also I don’t want to cut the rim. Scratching head.

I just tried making a step (see 1st image below) and then filleting (see 2nd image below) but it didn’t give the desired shape.

Have shown this issue to a friend this morning and he said that it might be best to create intersecting surfaces, then create curve from the intersections, and trim the objects using the curve, then filleting the join. Never tried this before, but worth a shot.

I had a go at that (see 1st photo below) but the fillet surfaces command doesn’t work for some reason.

Another thing is that the lid has surfaces that taper down to a point (see 2nd photo below), and I’m thinking that filleting such surfaces is going to cause problems with Rhino. I’m wondering whether I need to take my skills to the next level if so how can I learn this, or is this a limitation of Rhino?

I’d suggest thinking of these transitions this way…

You can certainly model forms like this in a more complex manner using NetworkSrf and Sweeps for added control but in this case, I think BlendSrf is your friend… just give it some breathing room to work by splitting back an area first.

cool brian, i like that a lot. I work in solids so often I forget about blending surfaces.