(İ think so rhino must have a powerful a fillet command Like solidworks - catia and other softs.Rhino a great software . But fillet command not good. Sorry)
Pleas

Please post a 3dm file with the two objects you’re trying to fillet.
Also include the radius you want.

Hello - the problem is most likely here: 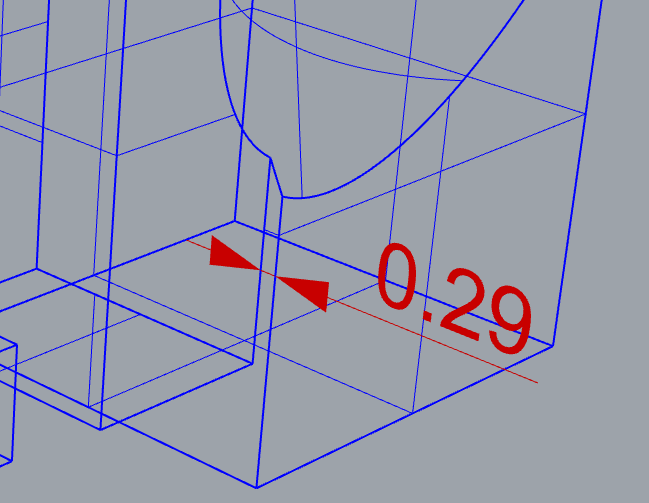 or at other similar locations - Rhino does not know how to jump across a face that is completely eliminated by the fillets. That is just how it is… There are other tools for sorting this out, FilletSrf for example on the parts that need repair, and some trimming of course.