I can’t think/remember how to simply make a shape with these curves. 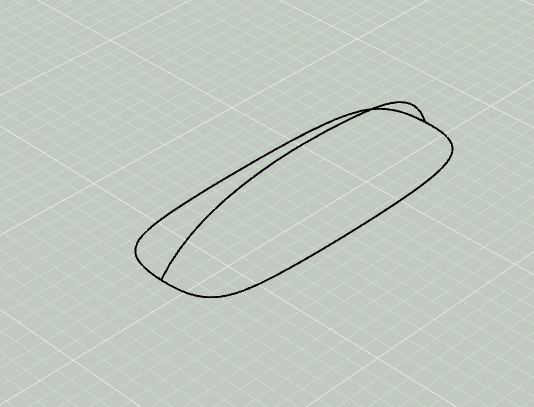 I seem to be unlearning as much as I learn.

What makes you believe that you ever knew how to make that shape?
Its not an easy shape. It is particularly difficult if you want to avoid things like singularities that may cause future problems.

I’m feeling pretty thick today. It just seemed it should be an easy task. Thanks for the help. The lofting function is surprisingly useful.

It depends how you split the curves… 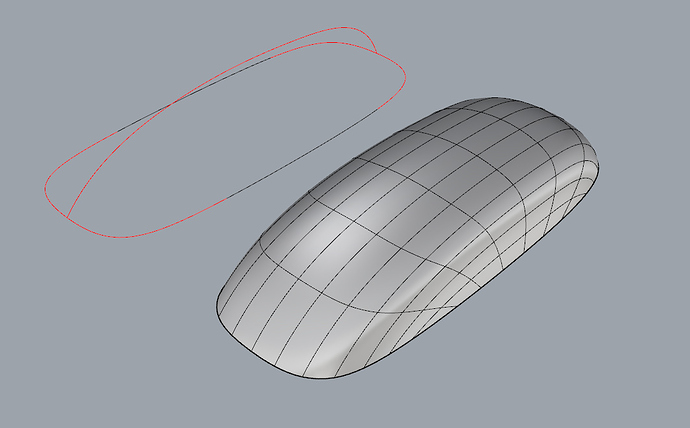 You should be aware that you have created a degenerate surface.
Rhino should warn you that this is a bad object because it is likely to cause other commands to fail. Commands like offsetsrf, shell, fillets and booleans may go haywire if this surface is used.

There are limitations but it created a basic surface to work with. It depends what the shape was going to be used for.

I wasn’t trying to second guess. The loft command works but it’s nowhere close to the curve shape that was presented in the first instance.

It’s all fun and games though, no harm done

I don’t see any reason to mess with it any more than just do what jim suggests - a loose loft is perfect here.

The loft command works but it’s nowhere close to the curve shape that was presented in the first instance.

The loft is about the same accuracy as the networksrf. The maximum deviation for the loft is .07mm and the networksrf deviates by .06mm. Both could be made more accurate but the cost is denser surfaces.

You can also use the Patch command to do this. Keep it light and point edit it into shape then retrim it. That way you don’t have to deal with degenerate surfaces. Never use network surface.